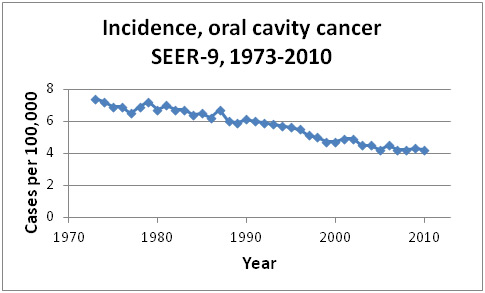 To put the incidence of oral cancer in context, compare the 2010 incidence with those of more common cancers of the lung, colon, breast, and melanoma. [Figure 2] 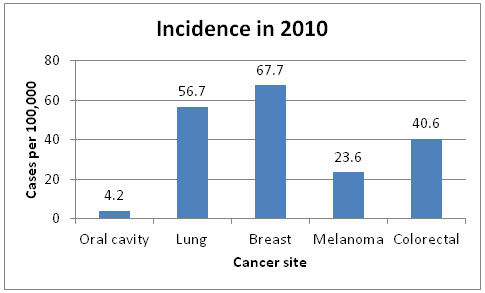 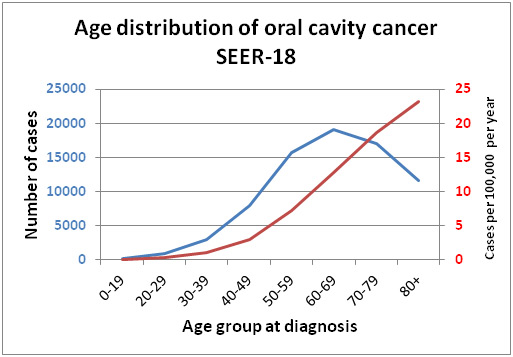 Histology. The vast majority of oral cancers are squamous cell carcinomas which arise from the mucosal surfaces of the oral cavity. As described above, there are minor salivary glands dispersed throughout the surfaces of the oral cavity, as well as teeth, muscle, connective tissue, nerve tissue, etc., any of which could be the origin of a malignant neoplasm. Data from SEER indicate that 88% of oral cavity cancers are squamous cell carcinomas. Salivary gland cancers comprise 6% of the total, and other cancers, including sarcomas, melanomas, and lymphoid neoplasms, make up the remaining 6%. The figure shows distribution of histologic types. [Figure 4]